with tenacity, gentleness and moral character 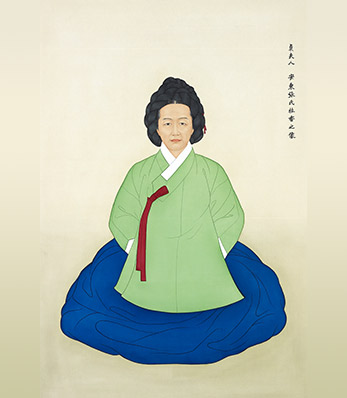 In the latter years, the third son, Gilam Lee Hyun-il was called upon the forest as Minister of Interior only given to great scholars and national leaders, and with this, according to the law books, the mistress was ranked. Since then, she was called 'Mistress Jang'.
In Dudle village, the House of Manners of Mistress Jang and relics exhibition center are built so that people can feel and learn the tenacity, gentleness and moral virtue as well as wisdom of life.

Looking into the history of Jang Gye-hyang, she showed how to overcome the time of national and cultural crisis such as the Japanese invasion and Machu invasion as a woman.
She was the representative image of woman who taught how to maintain dignity of being a woman and an adult in the time of confusion from wars and social crisis like today when true 'adults' could not exist.

Umsikdimibang is a sino-Korean word; With 'di', an old word of 'ji (知: know)', it means how to know the taste of food.
It is the first recipe book written in Korean approximately 340 years ago.

This recipe book, written by Jang Gye-hyang (1598-1680) in the noble family of Yeongyang region of Gyeongsangbuk-do 340 years ago at the age of over 70, introduces the cooking directions of dishes actually cooked from homes in Gyeongsangdo province in the mid to late Joseon Dynasty, and how to store fermented food and fresh food.

On the cover of the book writes 'Gyugonsiuibang' in Chinese characters. The book is made of 30 handwritten pages including two front and back covers, introducing 146 directions of cooking dishes of noble families of Gyeongsangdo in mid and late Joseon Dynasty in 1600s, storing and fermenting food and storing fresh food.