Magnificent Combination of Clear Water Flowing Along the Nakdong Vein All Year Round and Fantasy,

Namipo is a name from the general Nami. You can see Dongcheon to the left and Banbyeoncheon to the right.

Joy All Year Round 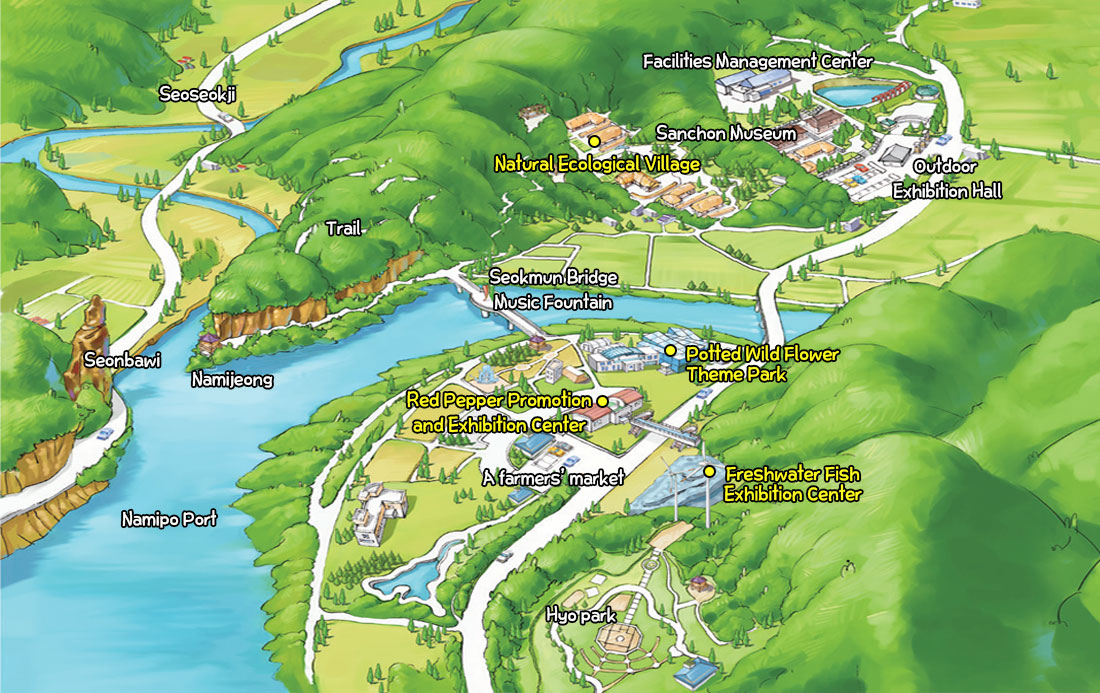